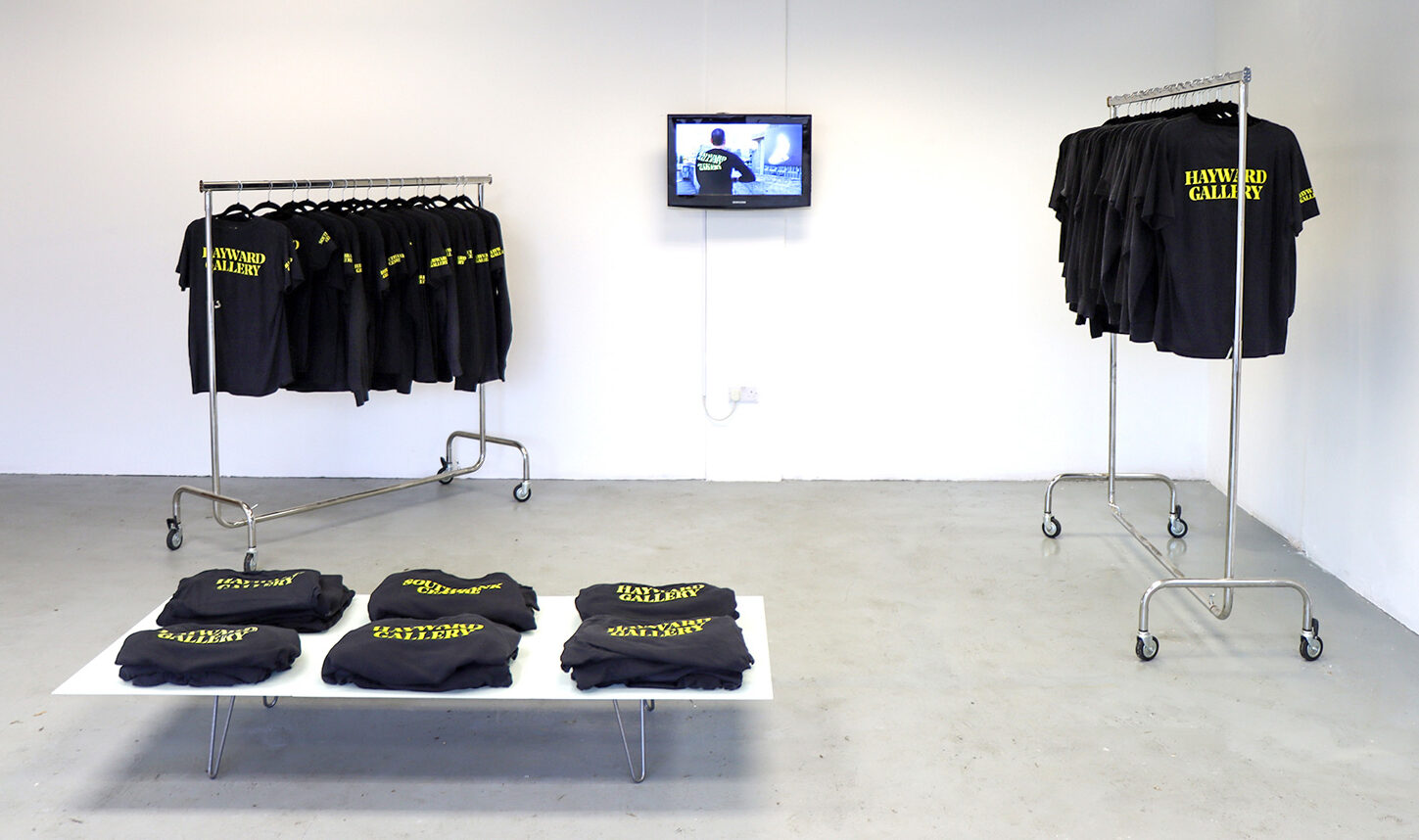 'The Empty House : Narcissus Field', is a work with three distinct parts, all related to one theme, redundancies within the arts sector and its impact on those people.

Thirty six pieces of uniform, 36 invigilators made redundant. Standing outside the Hayward Gallery, Hammond is there to reenact what he and his colleagues would do every morning before going to work, putting their uniform on. Back to the camera, as he places each piece of clothing on, one over the other, he slowly grows in size, trying to embody those 35 other people and the impact of their absence. In a Guinness record like act, absurd in its nature, one of humor, that is impacted as time goes on by the sheer size that he has grown too, with struggle and effort to place each new piece of uniform on, again and again. Until thirty six tops are worn. Are we complicit to this system of hire/fire/hire? With each piece removed a void of a person left on the ground.

The uniforms were donated to the artist by his colleagues. In thirty six of the tops placed on hangers in the exhibition space, is a hand stitched name tag of the initials of each member of staff let go by the Hayward Gallery.

A poem written by Hammond, placed in a poster design and using the Southbank Centre official font hangs in the shop like exhibition space. The poem uses the greek mythological story of Narcissus and Echo as a fable to the current dynamic in the art sector. The monolithic artistic institutions such as Tate and Hayward, who only see themselves and their place in the sector and nothing else, while those at the bottom are required to follow and mould themselves into that way of being, mimicking them but ultimately being ignored, let go and forgotten. What will be left? Nothing of value but a field of Narcissus flowers, which will wilt and die, revealing the void left behind by all those let go.

Ross Hammond is a London-based artist and recipient of Space Artist Award and Goldsmiths College Wardens Prize. His current body of work employs installation, moving image and live performance, to explore the effect of social context, political transformation and change. Family history and memory are catalysts to his work forming jump off points to seek the transport of memory, and a sense of home on the journey he has done from a working-class upbringing to a masters degree in fine art. 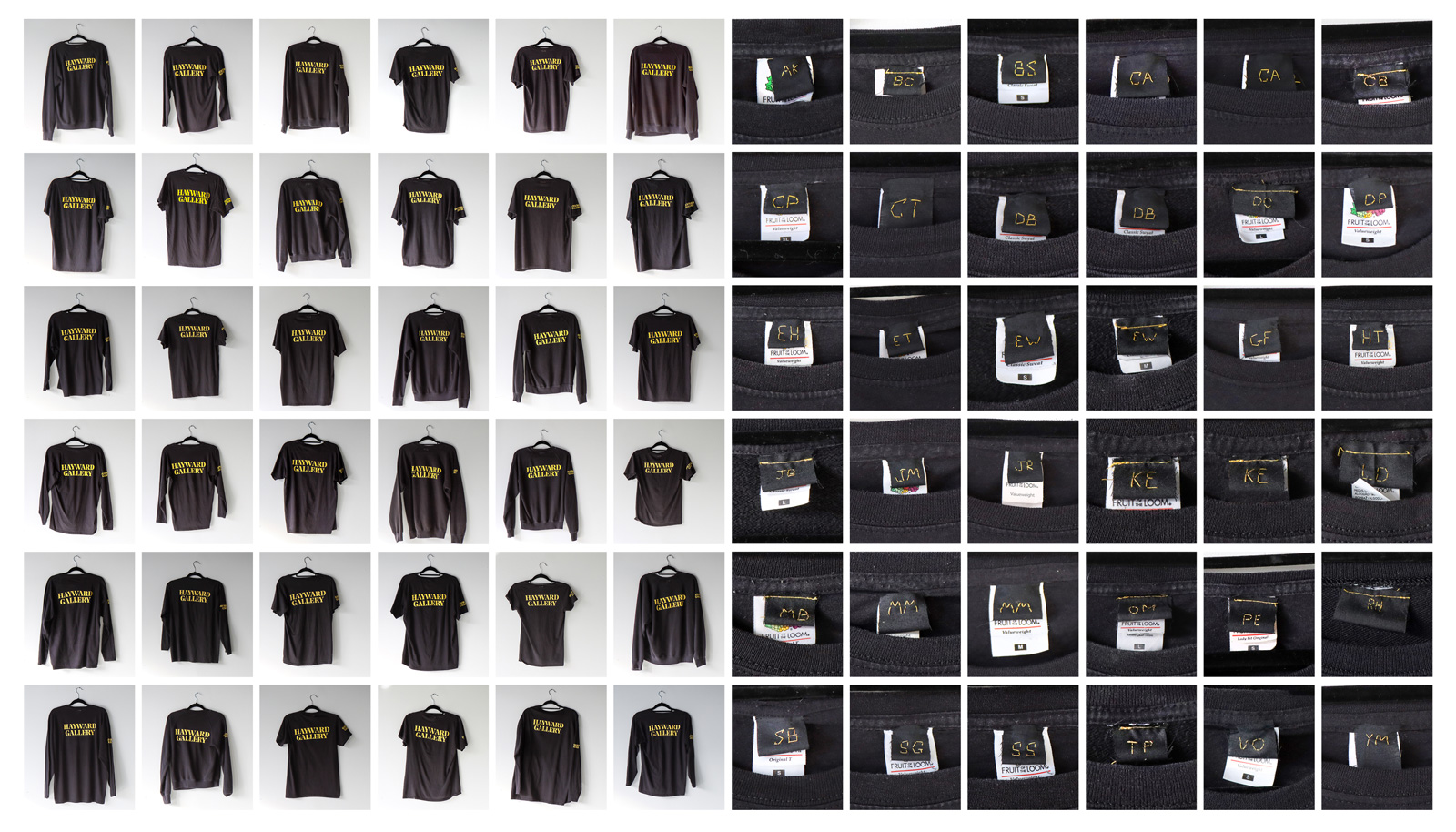 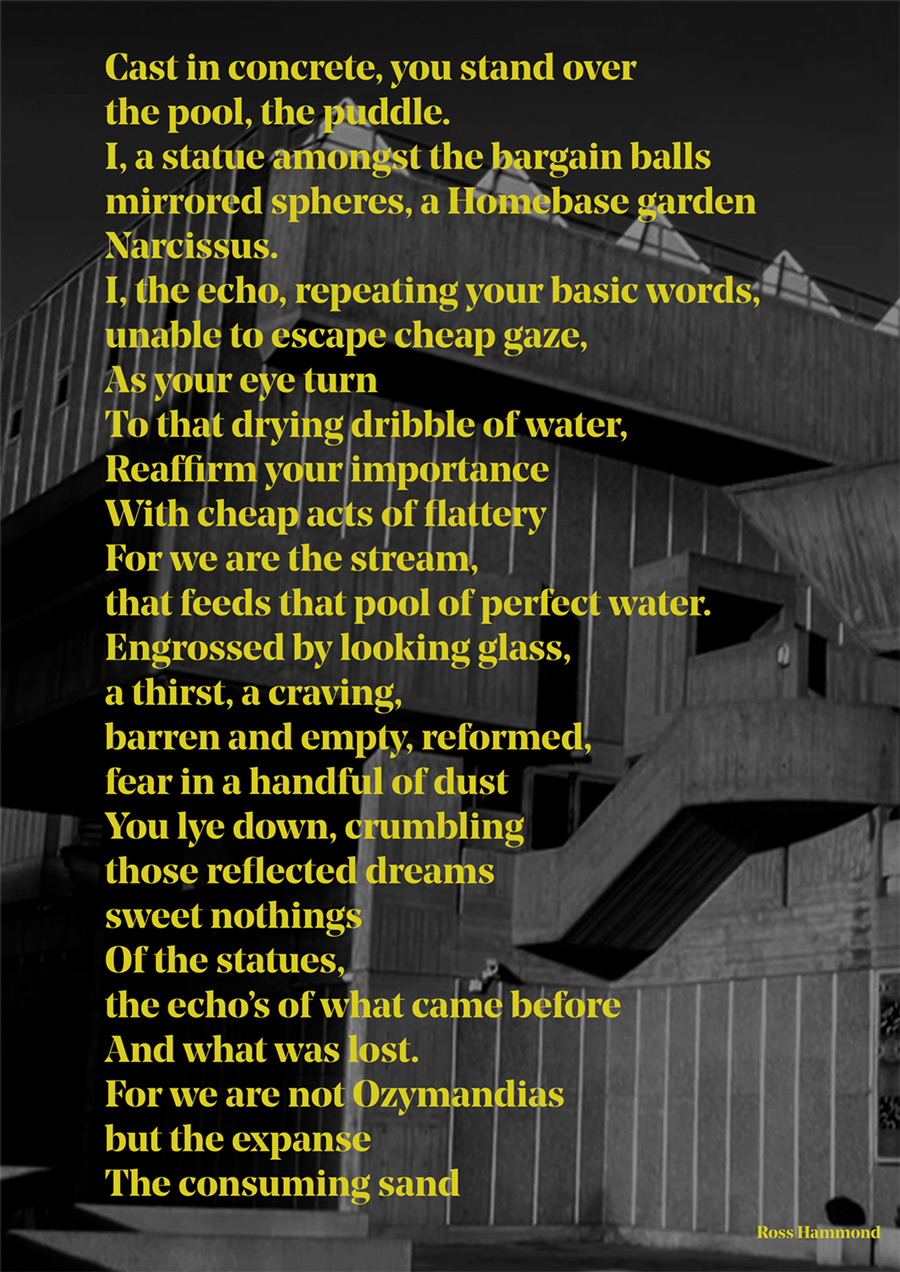