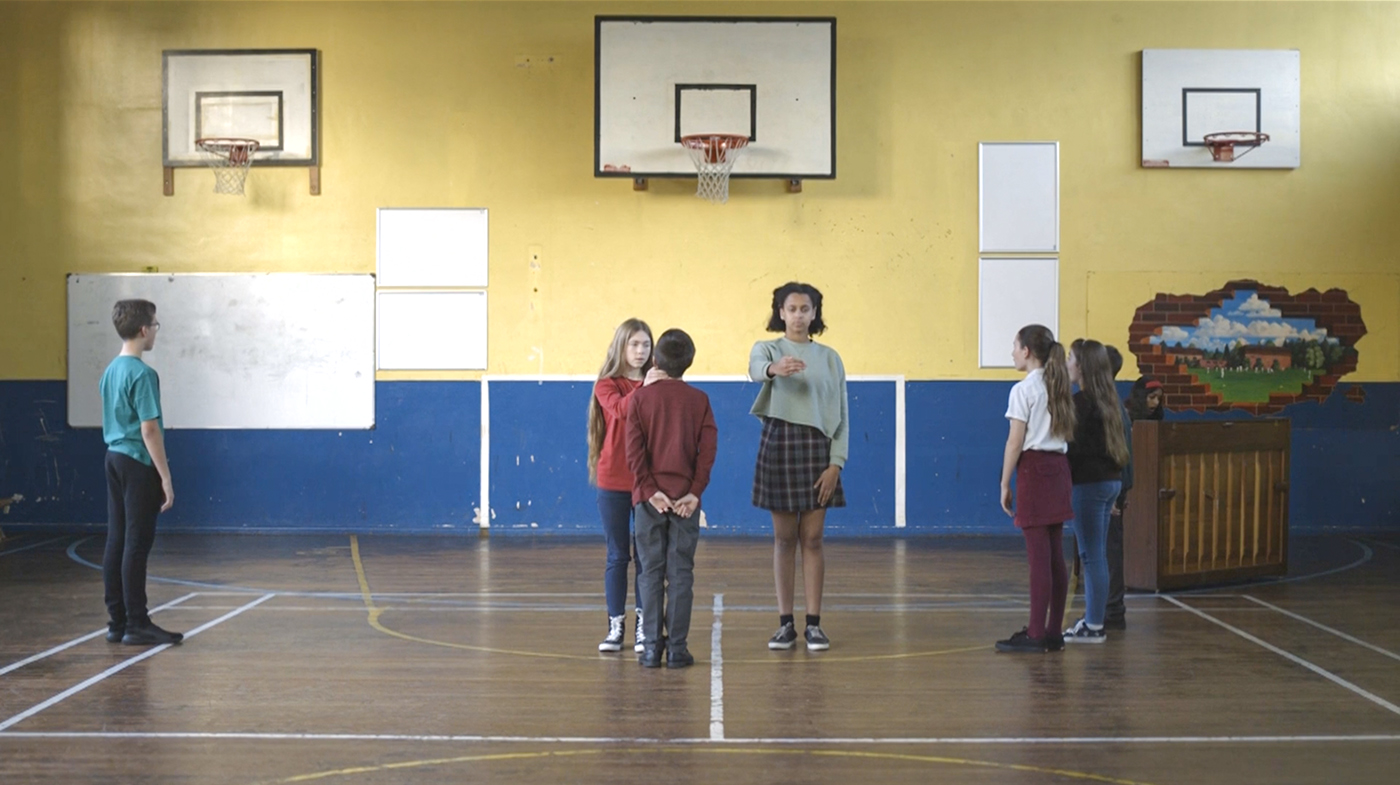 Please join us for a screening and a short talk with artist Henry Bradley on the 18th of September at 4 pm. Henry will screen two video works, GLOSSOLALIA (2017) and Frenulum (2019).

'GLOSSOLALIA' parallels a method acting class, in which actors are trained to access and utilise their unconscious and irrational nature, alongside an Accent Softening Course for Business, whereby international workers learn the 'Standard English' accent so as to help further their careers in the UK. Interspersed throughout are a series of scenes, including children learning phonics and reciting an absurd poem inspired by Jorge Luis Borges, that further questions our relationship to language, meaning and pedagogy.

'Frenulum' dramatises a controversial real-life operation, following eight children as they perform imaginary tongue surgery on a member of their group, in order to help them speak phonetic sounds from the English language better.