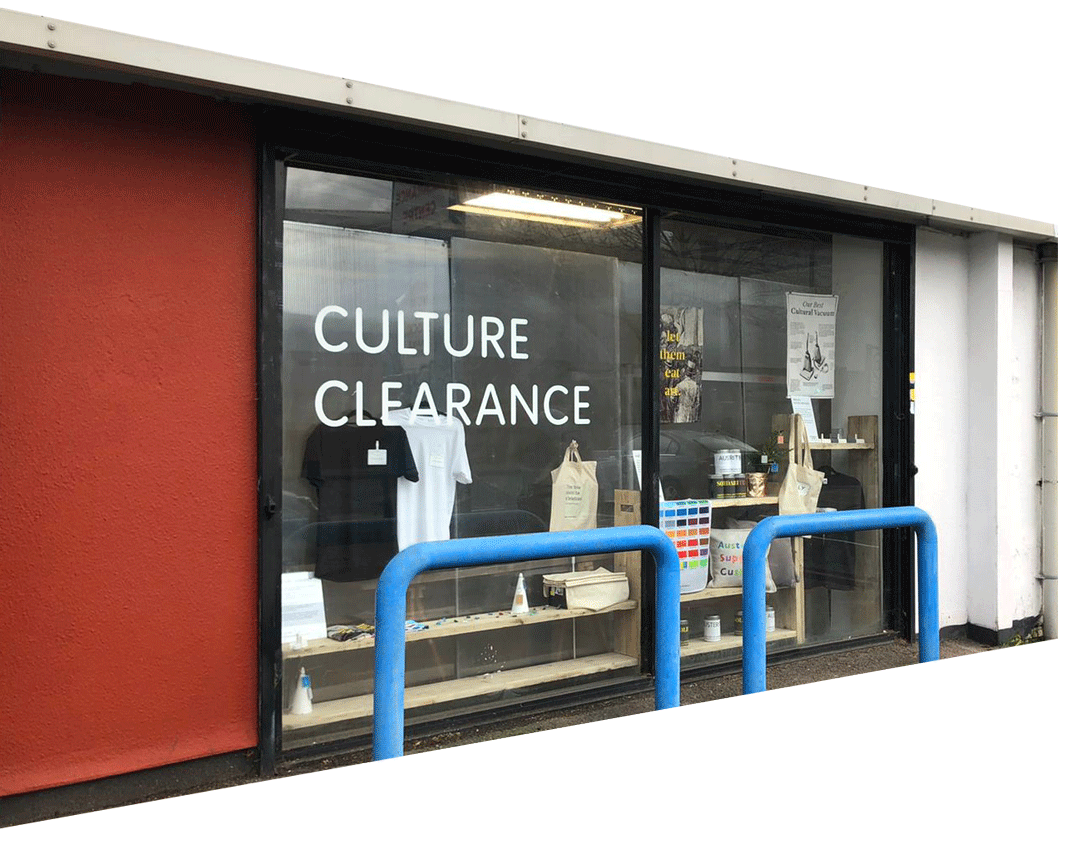 'Culture Clearance' started sometime around autumn 2020, catalysed by the 313 redundancies announced across the Tate’s commercial enterprises. Following the stories of striking Tate workers, we felt that we wanted to comment on the lasting crisis happening in the arts as a result of both systematic cuts and the final blow of the pandemic.

Initially planned as an exhibition and series of talks, Culture Clearance eventually took the shape of a mock cultural institution gift shop. We’ve made use of the space’s former commercial purpose and large shop windows. We produced typical merchandise featuring our own, subversive, messaging and provided information about the mass redundancies through the objects themselves. In the next stage, we invited artist Ross Hammond to show in the space his recent body of work, which deals with the fallacy that art thrives in crisis and his forced redundancy from the Hayward Gallery. We worked with the artist to bring the Culture Clearance ‘gift shop’ together with his new work which features the uniforms of his colleagues who simultaneously lost their jobs.
Although successive lockdowns restricted our programme, we’re hoping to be able to open for view Ross’s installation ‘The Empty House’ and culture clearance gift shop sometime in April.

An interview with the artist was broadcast in February over zoom, where we unpacked the political drive behind the piece. A recording of the event is available here.

More information about Ross Hammond’s commission for this project is available here. 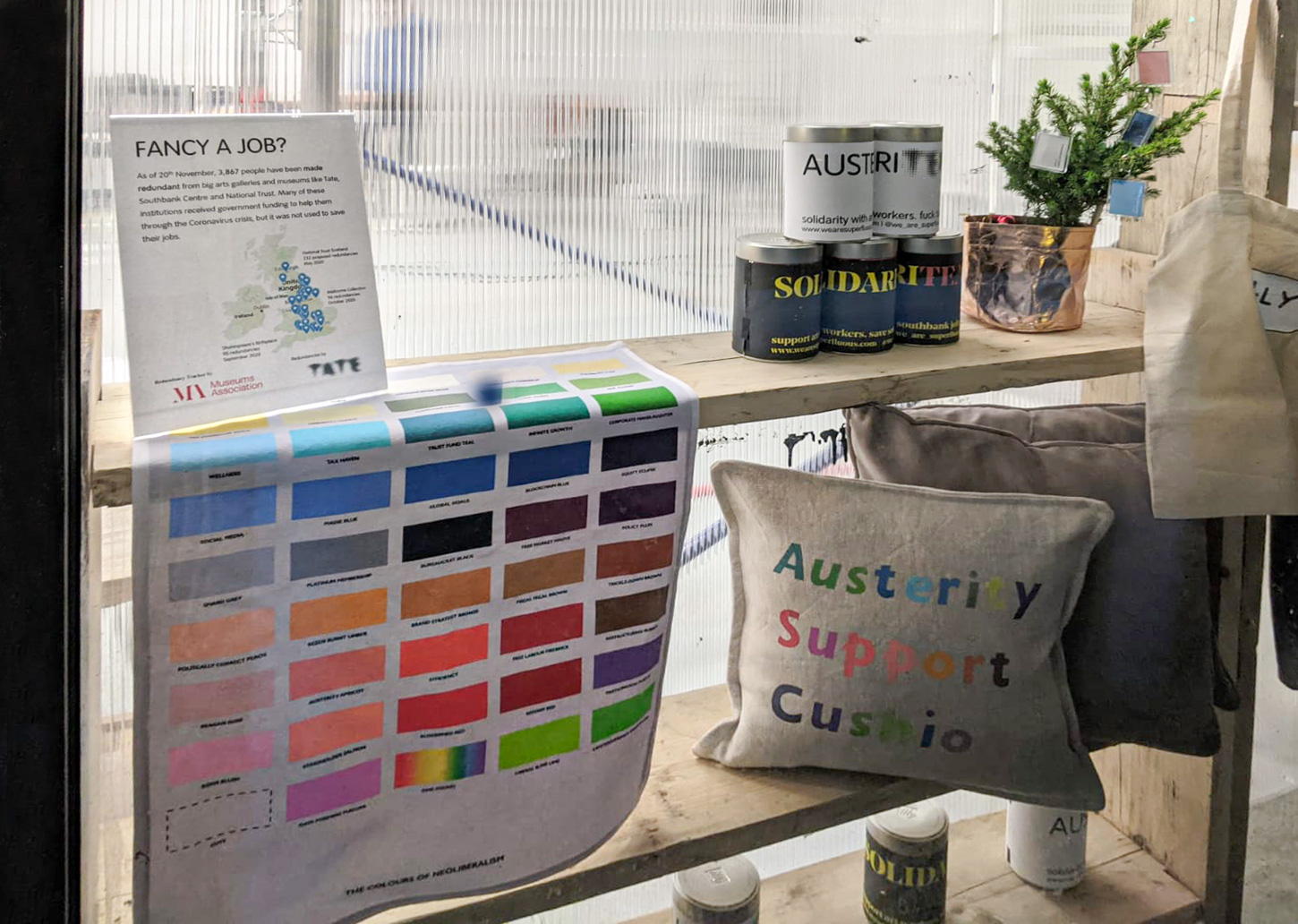 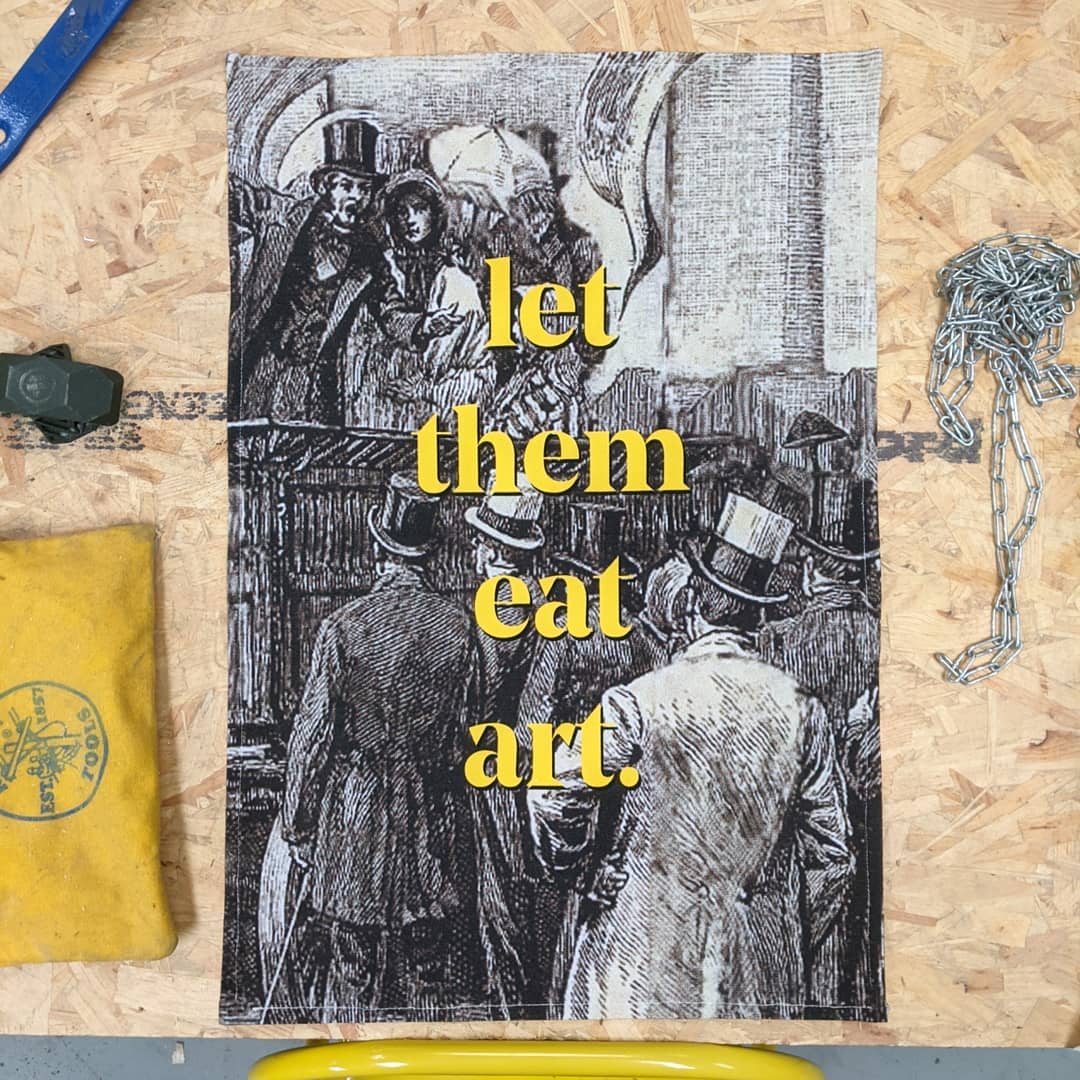 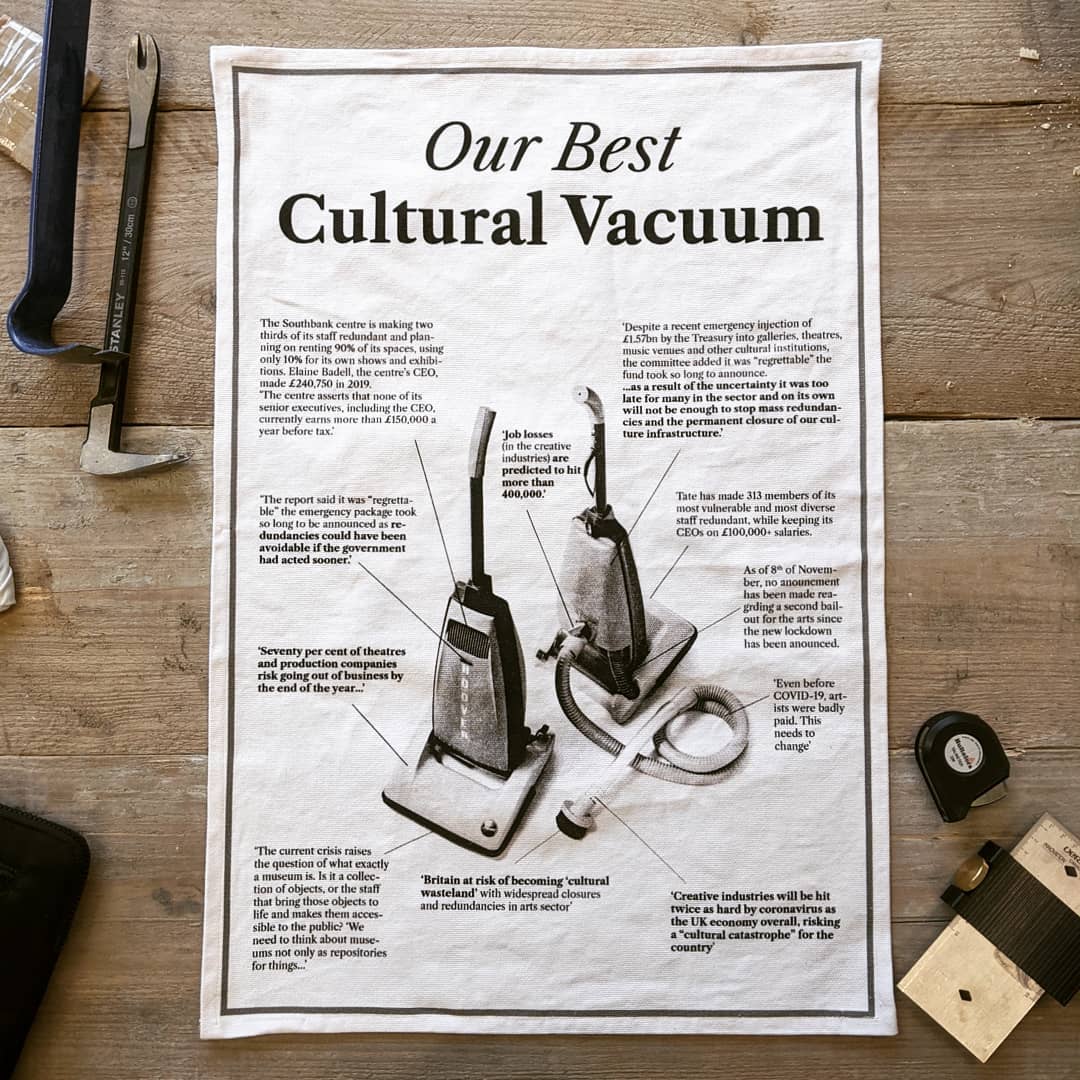